Officers of the AFT Local 1904, together in solidarity with the officers of the Adjunct Union AFT Local 6025, led a demonstration on November 20th at 12:30pm, in the University Hall quad, in front of the Feliciano School of Business--the current location of the Office of the President--to demand a fair contract.

The demonstration was part of a larger, statewide Day of Action, in which the unionized communities of all nine college/university who are part of the statewide Council of New Jersey State College Locals conducted similar demonstrations, at their respective campuses. These communities have been working without a contract since July 1, 2019.

Approximately 150 people were in attendance, where there were several speakers, and a brief march with labor chanting, around the quad. The media provided coverage of the event (e.g., northjersey.com).

Between the 1904 and 6025, we managed to facilitate the signing of approximately 1000 postcards, to be delivered to Governor Murphy's office, letting him know that it is time for him to get direclty involved in the statewide negotiations process so that we can settle a fair successor contract now. 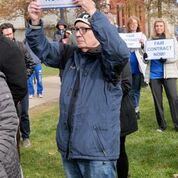 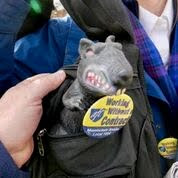 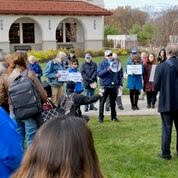 All 2020-2021 Meetings will take place via Zoom (unless otherwise indicated), from 1:30pm-2:30pm, on the specified dates, below (all of which are Wednesdays). If you are a full member, you will receive the Zoom Membership Meeting link shortly before the date of the meeting. Please watch for updates on details on any additional meetings the Local may be planning.

Alex Sperling, Professional Staff Negotiator and Adrian Reagan, Professional Staff Coordinator will review the details of the reclassification process for Professional Staff. Please "bring" your current job description so that specific questions related to your position can be addressed. Please RSVP to deb.corasio@aftlocal1904.org by Monday, March 22nd. Please include "PS Reclass Workshop 2021" in the subject line. The zoom link will be sent the week of the Workshop.

We stand in solidarity with those still required to come to campus. However, because congregating for any reason--including a walk--may pose additional risk to our community and the public at large, we are suspending the Solidarity Walks until further notice. Please look for bulletins and updates on how we might continue to demonstrate solidarity in alternative, distance-based ways.

Suspended until after the first of the year